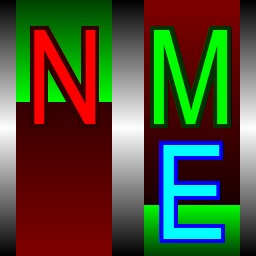 NetMeter Evo is the direct successor to NetMeter which had been in development by me until 2009. Compared to the old NetMeter it lacks some features like the traffic log and alarms. Also it doesn't support Windows XP or older operating systems. Since it is still very similar to the old program I picked a new name which reflects that: NetMeter Evo

When development of NetMeter started back in 2002 (or so) it was my first attempt at a program released to the public domain. It was also a big learning experience for me. The code grew organically over the years and my wish to start over from scratch grew bigger and bigger with time. Also some changes to the IP Helper API which had been introduced with Windows Vista required changes to NetMeter which would mean a lot of work for me. I didn't have the time or nerve to go through with this back then.

Fast forward to Juli 2013: I felt the sudded urge to start coding again and since I left NetMeter in some kind of 'unfinished' state it was clear what I had to do. I started from scratch using the new GetIfTable2 function which solved some problems the old NetMeter had in Windows Vista and newer operating systems. Since I didn't want to maintain two separate paths I decided to break backwards compatibility with Windows XP and older OS.